The Gestural Sound Toolkit (opens new window), using the package MuBu (available from the Cylcling'74 packages), is a set of objects to facilitate sensor processing, gesture recognition and mapping to sound synthesis engines. 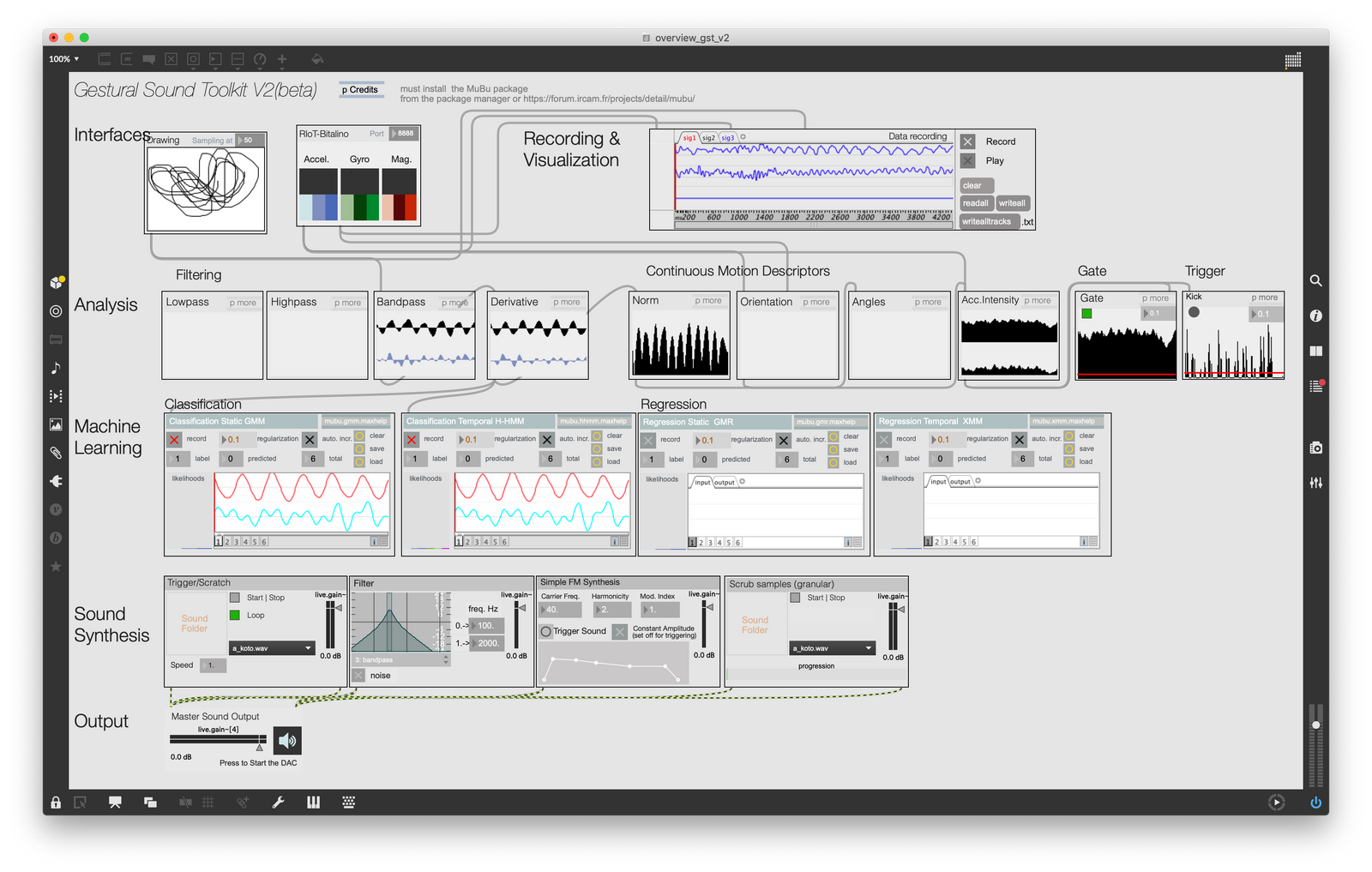 GST is designed to build gestural interactions with sounds, using Machine Learning (ML) methods for gesture recognition, gesture following, or gesture-sound mapping among other applications. The toolkit is built on the notion of high-level modules handling specific operations. The toolkit is comprised of four types of modules:

As an example, the figure below depicts the moving average module, called [sp.movingaverage.maxpat]. On the left, the patcher is shown in edit (or implementation) mode. It has two inputs and one output. In between, the patcher implements a moving average filter using some components from the MuBu library. Elements of the patch highlighted in pink are the ones remaining in the interface, depicted on the right of the Figure. The patcher opens in presentation mode by default (right of Figure below). Each module is independent from other modules. Therefore, extending the toolkit is made easy. One can create an arbitrary patcher and can follow the guidelines for its look in presentation mode, which defines its interface. 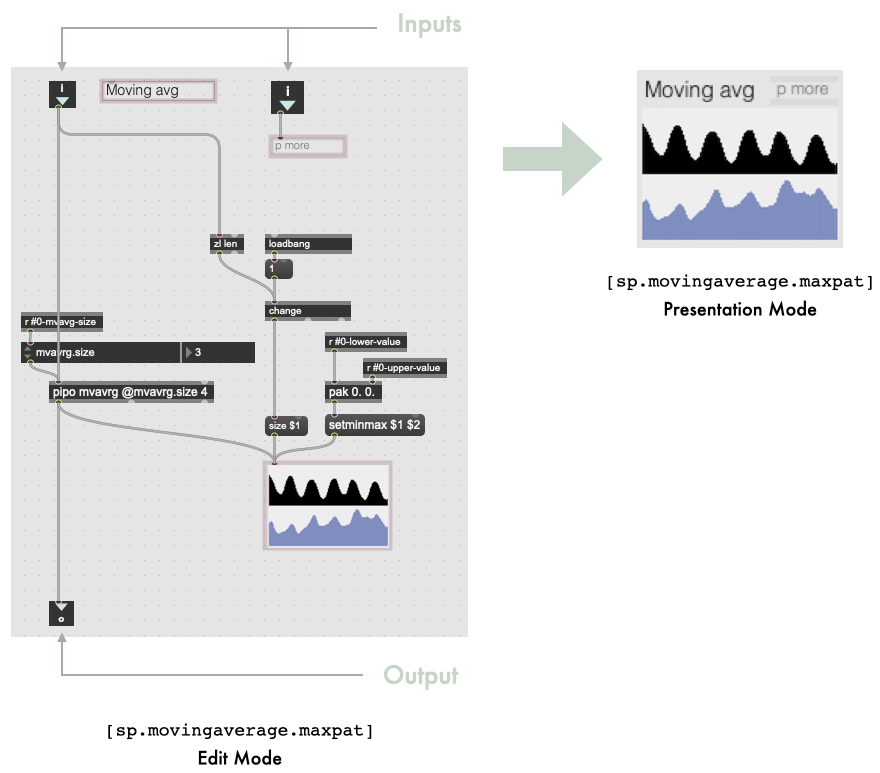 Ihe toolkit has been used yearly in a pedagogical context. We describe this context and report observations made on the impact of the design.

We used the GST in the context of a course on designing gesture-based interactions with sounds. The course was part of a one-year curriculum on movement computing using machine learning and artificial intelligence. The course was given to young professionals who chose to dedicate one year to follow this curriculum in order to acquire skills in movement computing. Although our class was not specifically about ML, designing gesture-based interaction can involve gesture recognition, or gesture-to-sound regression. The pedagogical objectives were:

Building a tool that can be used by designers

GST was initially developed as part of a research project in 2013. In this project we were organising workshops with designers in which they were guided in the design of embodied interaction with sounds. The detailed of these workshops can be found in (Carmiaux et al. 2015) (opens new window). In this series of workshops, we developed a specific methodology where participants were guided through the design and the implementation of an interactive scenario involving gesture control of sound synthesis. In the methodology, participants were invited to start from the sound (the feedback), as opposed to start from the gesture (the input). The motivation behind this choice is to allow designers to be led by sonic affordances, that is to say the way sounds may involve associated actions and body movements, in the design of the interactive scenario. This was the ideation phase, which was followed by a realization phase where participants used the GST to implement their scenarios, after a quick tutorial to help them handle the tool. The motivation behind the design of the toolkit was to provide designers with a tool that allows them to realize their own, some unrealistic, project involving gesture-based interaction with sound. Our objective was to build a tool that includes designers with no programming experience, while enabling versatility, which means that designers have to not feel limited in the scope of projects they would like to develop