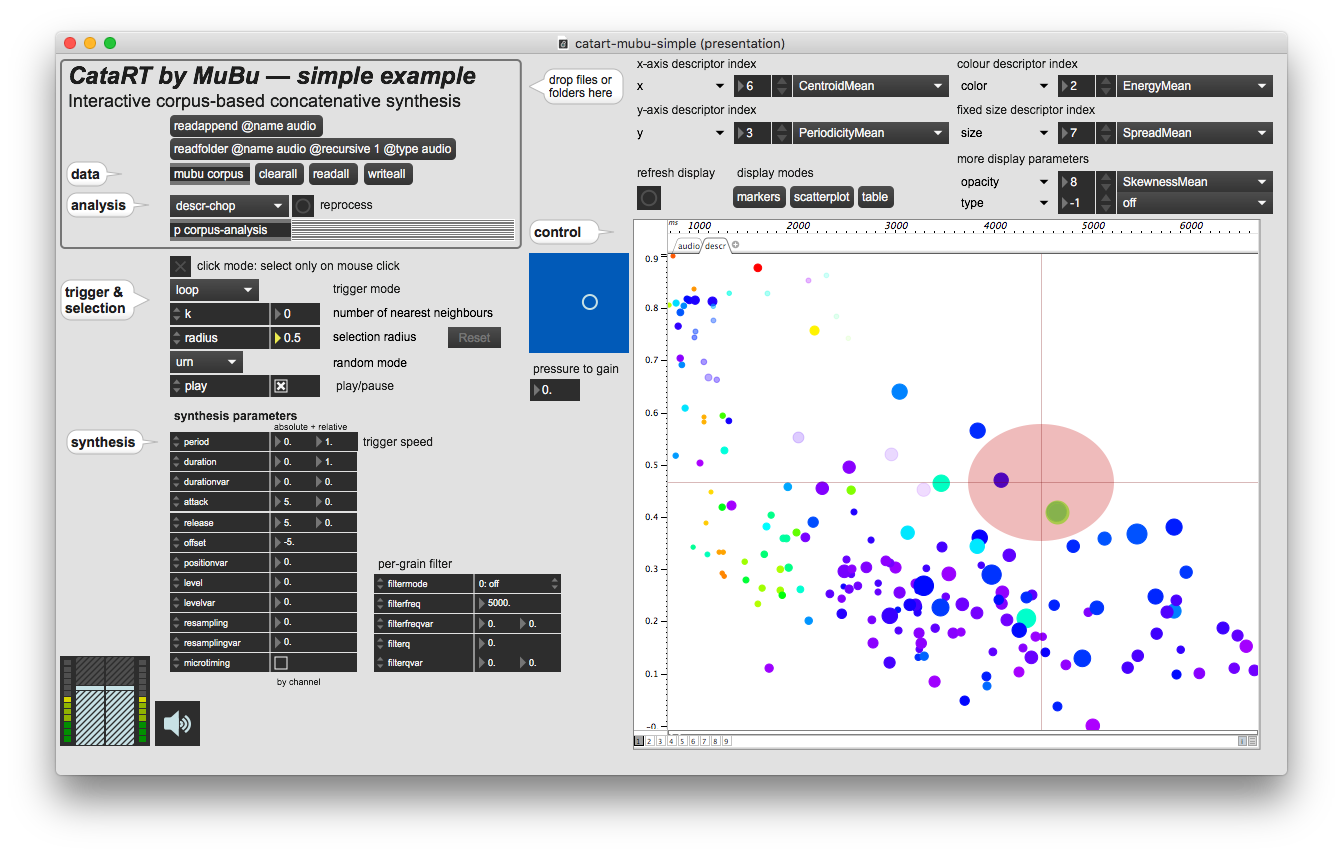 The concatenative real-time sound synthesis system CataRT plays grains from a large corpus of segmented and descriptor-analysed sounds according to proximity to a target position in the descriptor space. This can be seen as a content-based extension to granular synthesis providing direct access to specific sound characteristics.

Of historical interest is the original CataRT classic (opens new window) from 2005, a modular patch system for Max/MSP with the FTM&Co. extensions (Mac/Windows)

This video from 2010 shows how various sounds (train and voice recordings) are imported and browsed by timbre in CataRT classic (opens new window):

Here, several recordings of wind are used in the CataRT Standalone (opens new window) to recreate the temporal evolution of wind with varying strength and character (gusts):